In 2012 we had another fine list of competing teams – this was after the big studio crash of 2011 and we found that we had to introduce a new league to cater for teams which we could no longer define as ‘indie’ or emerging but who were not quite in the pro-league. Enter the ‘start up’ league. That crash was pretty horrible but it did much to engender the shape of local game making that we see today: a rich ecosystem of studios. We had 11 indie league teams, 3 ‘start up’ teams and 3 pro-league teams. Local heroes, Halfbrick, came on board as sponsors.

We had a lovely new logo

We had an awesome judge team

We had ducks – apparently considered a necessity by Studio Blimp

We had our youngest team ever because Giselle (of Global Game Jam fame) brought her two children along and they made a game with their dad! 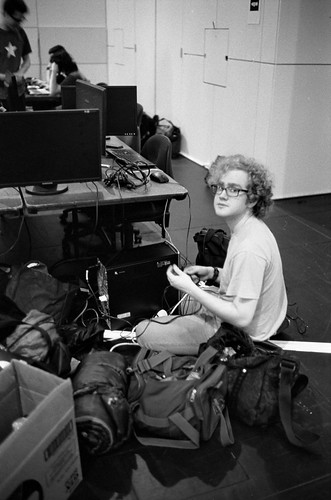 We took nice photos of all the teams 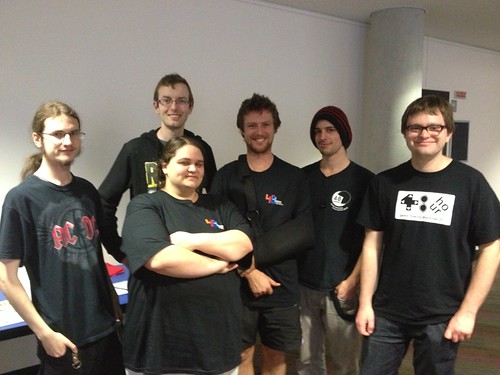 And – of course – the usual selection of ad hoc photos happened 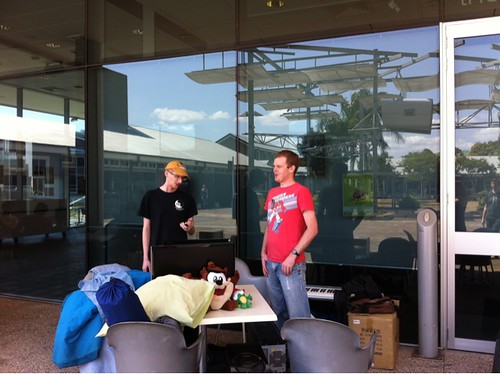