The 2011 48hr really upped the ante on game making in a short intense sprint. As our old website said:

We loved 2011 .. teams came to make games this year – the spirit was sheer delight and every single team got a really good game up and running in the 48 hours. My fav point this year made by John Passfield who reckoned that the best 10 games made by the indie leaguers would have been pro contenders the year before!

The judges in 2011 were John Passfield (who bought everyone donuts), Morgan Jaffit and Mick Gordon (who once again bought everyone pizza on Saturday night!). Judging a challenge like the 48hr is *hard*

We had another lovely logo for our badges and prize winning mugs:

We had the usual tallies

We had our own gonzo journalist who embedded himself in the challege and published a nice report: Brendan Keogh’s report via Ars Technica – “I think they’re mad: inside a 48 hour battle to build the best video game” Part one – Part two & Part 3 (Brendan’s article now also available as ebook via Amazon)

Once again, we filled the space to capacity with 20 teams – 16 indie league teams and 4 pro-league teams. Some pretty well known faces in there – a flikr gallery below of our photos taken before the challenge – or go here for a gallery of after shots 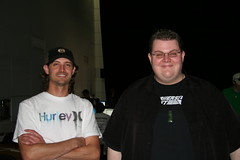 Or was it For Science! with a game called Honey Badger Don’t Give a Shit?

And in the indie league, Rockin’ Moses took the prize with The fifth suit

The team got a bit of a write up in an article by Jac Digital about the state of the Australian games industry as a result of their win:

Earlier this year, up-and-coming Brisbane-based indie games developer Rockin’ Moses emerged overall indie champions in the 48-hour Game Making Challenge, winning themselves a mug of jellybeans with The Fifth Suit. The trophy was proof that their previous win for Cloud 9, a steam punk racer game, was not merely a fluke.

Fourth time was the charm for designer Rocco Loria, who admits to a strange fondness of having his ideas shot down. “It gives me boundaries to work within,” he said. “Although there were many talented individuals at the competition, the other teams didn’t have the same chemistry that we had, and that is what ultimately gave us the edge.”

Meanwhile we started to get really interested in the nature of these challenges and what goes in within a creative team. We started collecting data.

Tracking nodes across the two sites 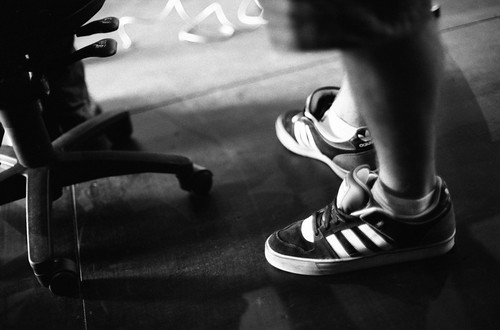 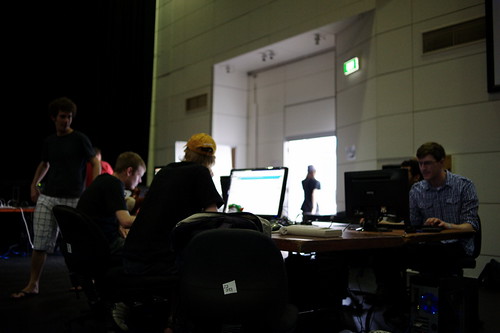 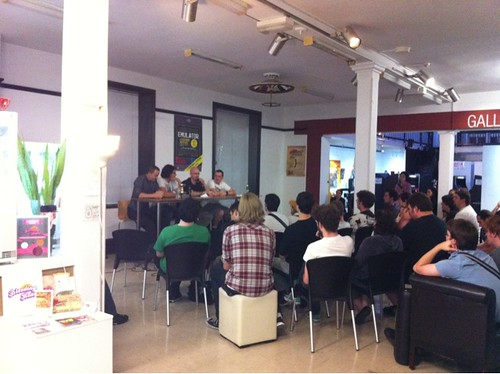